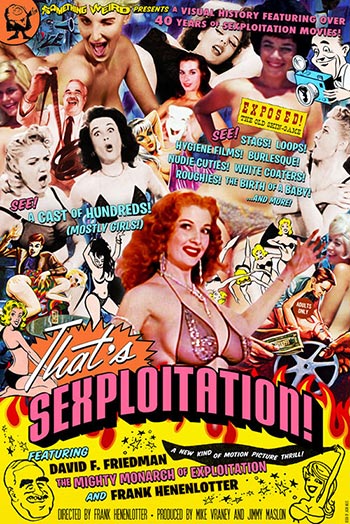 Before the advent of modern-day pornography, a vast and rapidly-paced world of smut peddling was the norm, complete with its own secret history. This documentary reveals the untold story of American cinema’s gloriously sordid cinematic past. Starting in the 1920s, expert exploiteer David F. Friedman and Henenlotter navigate us through more than five salacious decades of skin flicks. It’s the true story of dirty movies, traced in elegant detail from the bizarre locations where these nudie shorts were screened to the ongoing legal battles fought by their promoters. And of course there are the stories of the innovators themselves, people who often risked their own security and livelihood to make these films, believing in some way that what they were doing wasn’t a ‘bad’ thing – and that it could rake in some dough.