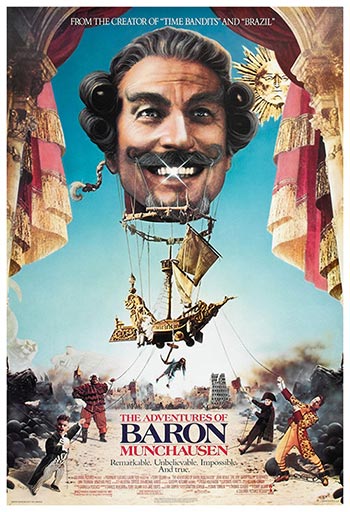 The fantastic tale of an 18th century aristocrat, his talented henchmen and a little girl in their efforts to save a town from defeat by the Turks. Being swallowed by a giant sea-monster, a trip to the moon, a dance with Venus and an escape from the Grim Reaper are only some of the improbable adventures.

The Adventures of Baron Munchausen (1988)