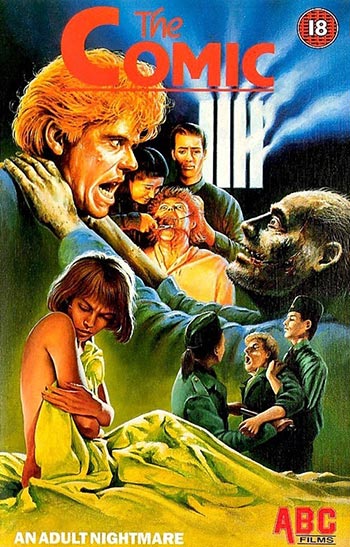 The Comic takes its cue from Martin Scorsese’s brilliant King of Comedy, reaching heights of audacious bloodletting untapped by the earlier film. The time is the future: in a totalitarian state, comedians are a rare and precious commodity. Aspiring funster Steve Munroe would kill to become a star. And that’s just what he does to the State’s most popular comedian. Alas, Munroe discovers that being top banana in the Brave New World is akin to being top gun in the old west.