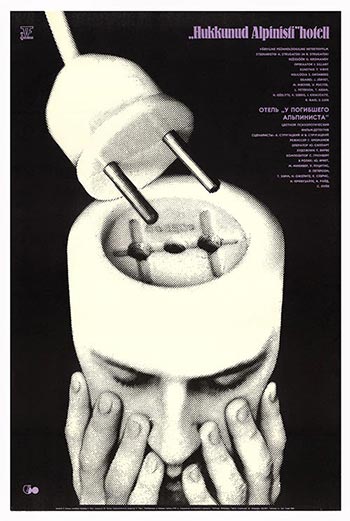 Police gets a call-out to a lonely hotel in the Alps. When an officer gets to the hotel everything seems to be alright. Suddenly an avalanche cuts them out from the rest of the world and strange things are going to happen.

“The Dead Mountaineer’s Hotel” or “Hukkunud Alpinisti Hotell” features a very interesting science fiction story and mystery, a production and set design, and an overall look that are ahead of its time. Its interiors have a definite dark neo-noir look that became more common in the 90s and later. Clearly this movie is a worthy sci-fi movie and also a worthy early entry in the neo-noir sci-fi vein.