The Diary of an Innocent Boy (1968) Michel Deville 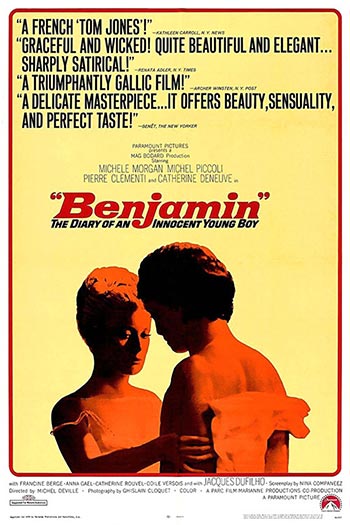 In the eighteenth century, seventeen-year-old virgin Benjamin comes with his old servant to stay at the estate of his aunt, Countess de Valandry, who is having an affair with Count Philippe. Benjamin is pursued by various woman, including the beautiful Anne, who really loves Philippe.