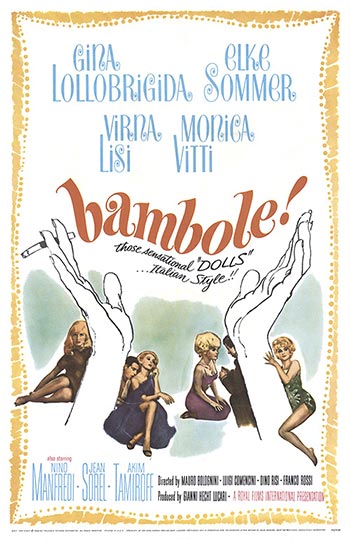 Four different facets of love Italian-style provide the basis of this episodic film. The vignettes are “The Phone,” about a woman so busy talking on the phone that she fails to notice that her husband is having sex with a neighbor; “Treatise on Eugenics,” the chronicle of a Swedish girl’s search for the perfect sire; “The Soup,” about a wife’s attempts to get rid of her husband’s corpse; and “Monsignor Cupid,” which follows the attempts of a concierge to seduce a handsome young man.