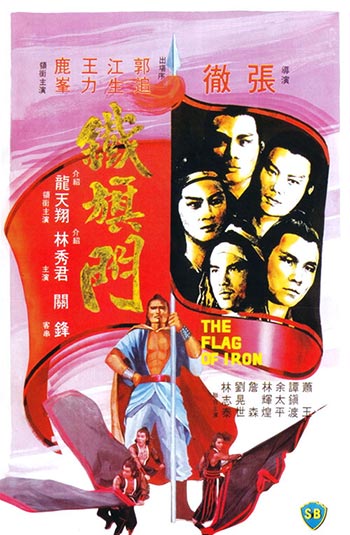 A tale of deadly deception and betrayal unfolds when the leader of the respectable Iron Flag clan is assassinated by The Spearman while the clan fights the villainous Eagle clan. Iron Flag’s eldest brother, Lo, the second brother accepts the responsibility for the deaths of the Eagle clan and goes into hiding from the authorities. Meanwhile, Chow Feng takes charge, using his position for disreputable purposes. Seeing Lo, as a potential threat, Feng sends the “nefarious” Ten Killers of the Underworld to finish him. But Lo defeats them and confronts Feng with the aid of The Spearman who hopes to atone for having unwittingly killed a righteous man, Iron Flag’s former leader.

When director Chang Cheh found new talent and blood with “The Five Venoms” actors, most of which were trained in the highly acrobatic Chinese opera and well versed with exotic martial arts weapons, this crated a new spark for his use of bizarre weapons in his films.