The Giants of Thessaly (1960) Riccardo Freda 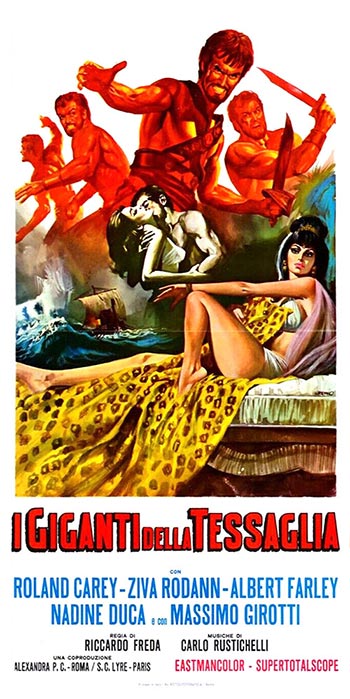 In order to placate the angry gods, who have allowed Thessaly to be overrun with barbarian invaders and beset with natural disasters, King Jason takes his Argonauts on a search for the fabled Golden Fleece. Meanwhile, back at home, his scheming regent is plotting to get his hands on the kingdom–and the queen.