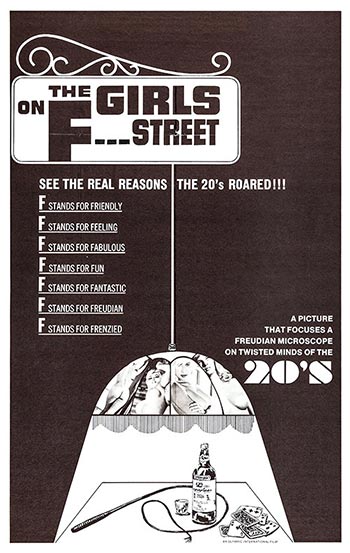 The episodic, near-plot less story concerns Nick (Ken McCormick), a lonely middle-aged creep who divides his time between strip joints, sex shops, and visiting whores. He goes to The House of Fetish and shacks up with the ugly old madam proprietress. But Nick gets caught fooling around with the other hookers and the jealous, hell-on-wheels madam spanks and whips the hell out of them several times. In one particularly strange scene, Nick lusts after a lovely black girl (Toni Lee Oliver) who dreams of tying him up, dumping molasses on his head and letting loose an ant colony on him.