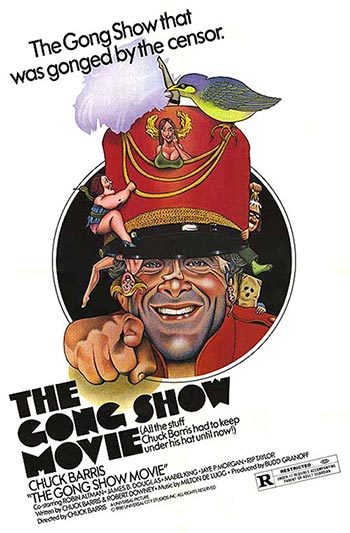 A week in the life of “The Gong Show” host and creator Chuck Barris who lives through a series of outrageous competitors, stressful situations, a nervous breakdown and other comical characters involved in his life and work on the TV show.

The film is on the whole truly bizarre and should appeal to fans of “out” cinema of the 60’s and early 70’s. No surprise, then, that the film was co-written by underground legend Robert Downey Sr. whose presence is strongly felt; fans of his work should not be taken aback by Barris’s role in the spotlight as Downey clearly had some significant input here.