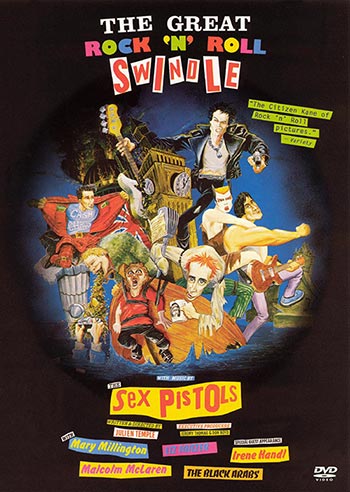 The Sex Pistols star in director Julien Temples bizarre and hilarious fictional documentary that charts the rise and fall of punks most notorious band through the eyes of its calculating manager, Malcolm McLaren. Mixing animation and midgets with footage of some of The Pistols most electrifying live performances, the 1980 film presents the bands success as an elaborate scam perpetrated by McLaren to make “a million pounds” at the expense of record companies, outraged moralists, the British Royal Family and even the fans and band members themselves.