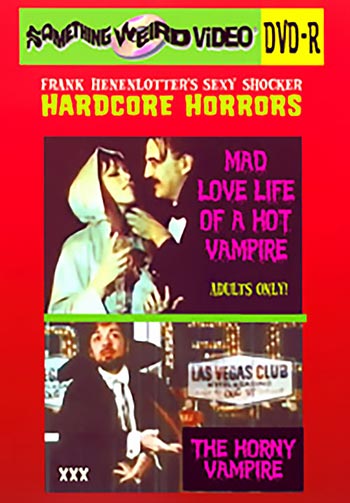 Unfortunately, most of his potential victims end up being done by his cousin, a triple-XXX Count Drac, while our hero ends up either stuffed in a car engine of getting his boner jammed through a wooden door. He finally meets the gal of his dreams – “I will do it like Dracula would do it!” – but is repelled by the plastic penis she’s wearing. (Don’t ask)