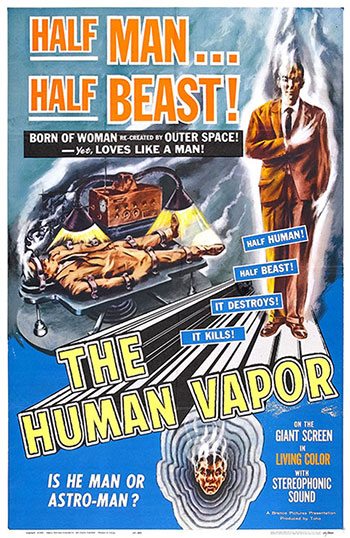 A librarian is subject to a scientific experiment which goes wrong and transforms him into ‘The Human Vapor’. He uses his new ability to rob banks to fund the career of his girlfriend, a beautiful dancer. The Human Vapour is ruthless in his quest for money and kills anyone who stands in his way, especially police. He soon becomes Tokyo’s most wanted criminal. Can he be stopped before he kills again?