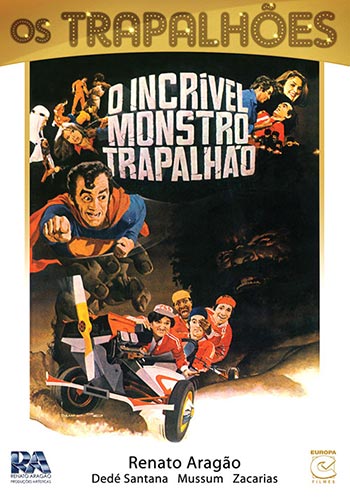 Dr. Jegue is a fumbling inventor and scientist, who in his spare time helps his friends Kiko, Sassá, and Quindim in a mechanic’s shop. The four are great friends of Carlos Alberto, a stock car driver who suffers from the frames of rival Hugo and his gang. By doing scientific research in his mini-lab, Jegue discovers two powerful formulas: one extracted through the Quince tree, an abundant fictitious plant in the Northeast; and another that turns Dr. Jegue into a big, bearded, moody man with powerful strength. The Marmeleiro formula is tested in a race at the Interlagos Autodrome in the old track and the news of a “new fuel” becomes the main news of the country. Soon, buyers from all over the world come to Brazil to try to buy the formula, offering a lot of money for it, but Jegue, not ambitious, decides not to sell the formula anymore and leaves it in his country.