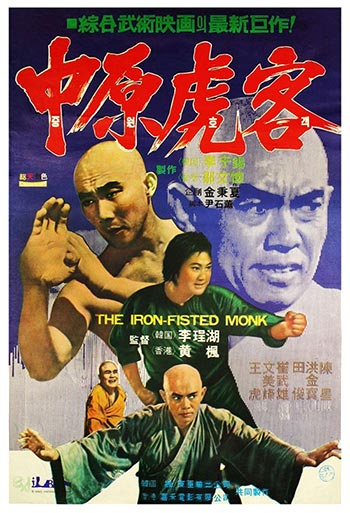 Iron Fisted Monk, heavyweight HK superstar Sammo Hung’s directorial debut, is a powerful old school kung fu movie which sees the portly one at his physical peak on screen as well as calling the shots behind the camera.

Husker (Sammo) is a student of the Shaolin monks, learning kung fu so that he can avenge his uncle, who was murdered by the nasty Manchus who control the province. He leaves his training early, desperate to teach the killers a lesson and teams up with a martial artist monk (Chan Sing) who is teaching a group of factory workers how to defend themselves. When the Manchus attack the factory and kill everyone there, Husker and his Buddhist pal decide it’s time to even the score.