The Killer Is on the Phone (1972) Alberto De Martino 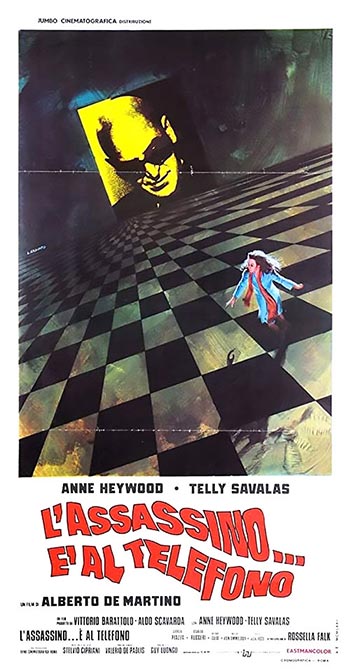 A woman whose husband was murdered five years previously, is stalked by his killer, who wants to eliminate her as a potential witness. What he doesn’t know is that the shock of his murder caused her to have amnesia, and she doesn’t remember anything.

Anne Heywood was kind of like a British version of Carroll Baker in that she started out in fairly respectable roles when she was younger (like “Black Narcissus”), but by middle age found herself appearing (usually sans clothing)in a lot of sleazy Italian exploitation flicks. This movie is not nearly as sleazy as some of her other Italian films like “Ring of Darkness” (where she has a naked catfight with the actress playing her teenage daughter). And her sleaziest film was actually a American production “The Shaming” (where she plays an interracial rape victim who falls in love with her rapist). Telly Savalas is great here as always, even if he doesn’t have much more to do than look menacing. The director Alberto DeMartino is definitely not one of the great Italian directors, but his movies are always entertaining.