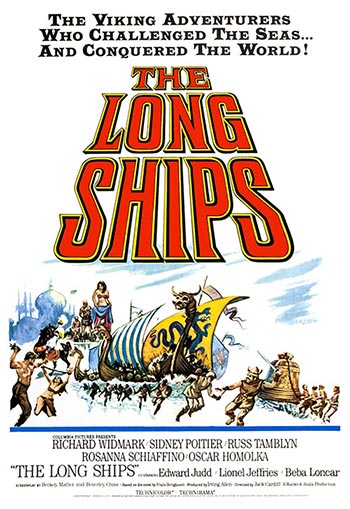 In this elaborately mounted seafaring adventure, Rolfe (Richard Widmark) is a Viking leader with the cunning and devious mind of a pirate. Rolfe tells others sailors of “The Mother of Voices,” a mammoth bell made of gold and as tall as three men, but he adds enough incorrect details to throw them off the proper trail. However, Aly Mansuh (Sidney Poitier), the leader of a group of ambitious Moors, sees through Rolfe’s story, and soon the two are in a breakneck race to be the first to capture the precious bell. The Long Ships also features Russ Tamblyn and Oscar Homolka. ~ Mark Deming,