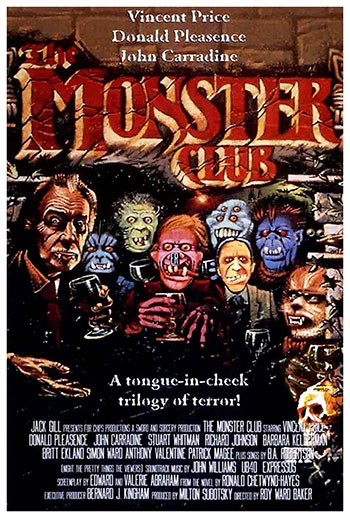 A writer of horror stories is invited to a “monster club” by a mysterious old gentleman. There, three gruesome stories are told to him; between each story some musicians play their songs. In the end, it’s recognized he’s the greatest monster of all …

The Monster Club is the best of all worlds. It features silly costumes for campiness and new-age rock music from 1980 London for a pulsating, driving beat to keep this roller-coaster of a film racing along. Thrills and chills dispensed by Carradine and Vincent Price will leave you waiting for more. The film is an anthology-type, so it is composed of three vignettes narrated by Price.