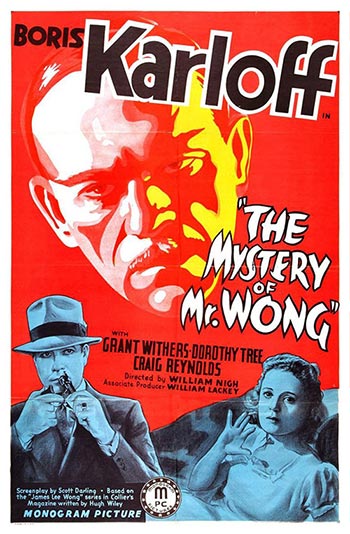 The Eye of the Daughter of the Moon, a golfball sized sapphire has been stolen in China and smuggled into the US. Richards, a rich man who knows a curse was placed on the Eye by the Emperor Hong Chong Tu as he buried it in his dead unfaithful wife’s heart, expects to be murdered for receiving it. He shows Mr Wong the Eye and a death threat note. At a party, during a game of “Indications”, Richards is shot, seemingly by his secretary, Peter Harrison. Add a peeking Chinese butler and maid, a budding singer, another criminologist, Richards’ lawyer and an unsigned changed will. Mr Wong helps Street sort out the details to uncover all the secrets and the murderer.