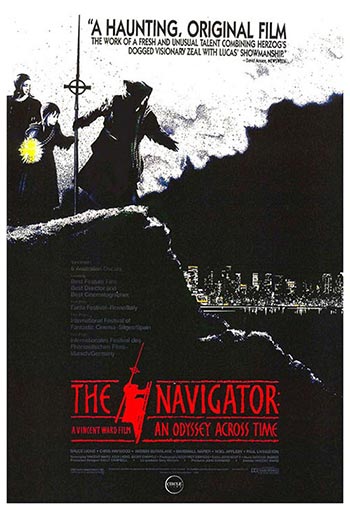 A young boy in 14th century Cumbria (north of England) keeps getting visions he cannot explain. His village has so far been spared from the black death, but the villagers fear its imminent arrival. With the boy as their guide, a group set out to dig a hole to the other side of the world, so as to fulfil the visions and save the village. At the ‘other side’ is 20th century New Zealand !.. N.B. Flips from B+W to colour frequently.

The Navigator: A Medieval Odyssey (1988)