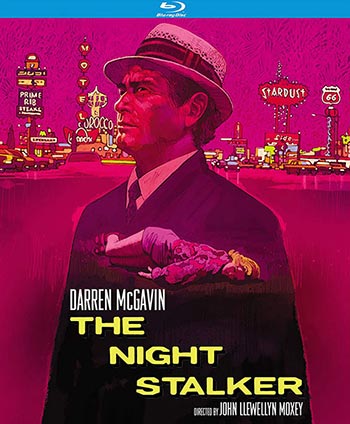 Carl Kolchak is a newspaper reporter with an abrasive personality that has gotten him fired ten times from various big-city papers. Now he’s reduced to reporting for a relatively small-time paper in Las Vegas. It’s here he gets the story of his life. But will the local sheriff, or the D.A., or even his own boss, let him print it? He has an ally in the FBI agent brought in to investigate this strange case. It seems someone is biting the necks of young girls and draining their blood. Can this killer with supernormal powers really be a 70-year-old Rumanian millionaire? Can he really be a vampire? And can an aging reporter do anything to stop him?