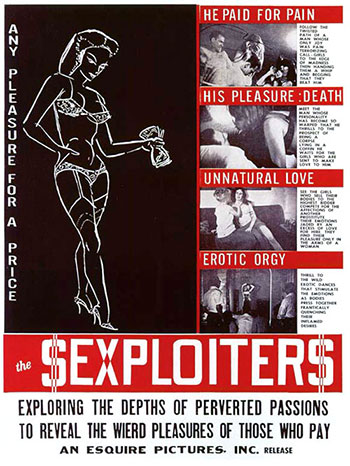 This is the “story” of bored suburban housewives led by “Lynn”, who use their looks and talents to make extra money in the seedy heart of the Big City to support their materialistic lifestyle back in the ‘burbs. Women like Lynn take gigs posing for “camera club” photo shoots, attend swinger parties and fulfill fantasies of perverts only to end up with a fistful of cash back in the mundane world of track housing, manicured lawns and the two-car garage.