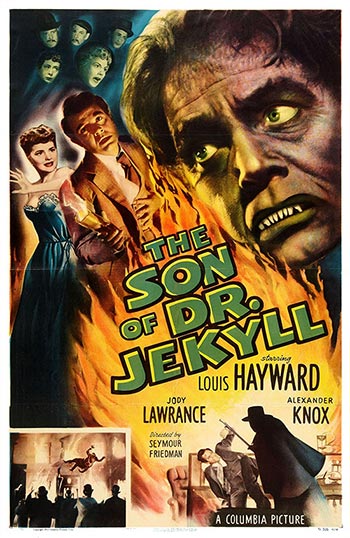 Edward Jekyll, ignorant of how his father had brought forth death and destruction with his experiments, is pursuing a chemist career despite the fact that he has been discharged from school or his unorthodox experimentations. When the time comes for his father’s estate, which had been put in trust, Edward first learns of his father’s actions and rather than ignore the matter, sets out to prove that human personality can be changed by certain chemical stimulations. But he hasn’t reckoned on Dr. Curtis Lanyon, a prominent doctor and close friend of the family. Lanyon wants to get his hands on the estate and resorts to murder and frame-ups to make Edward appear to be as insane as his father.