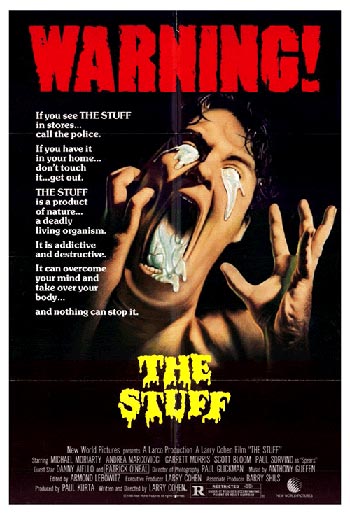 Weird yummy goo erupts from the earth and is discovered by a couple of miners. They taste it and decide to market it because it tastes so good. The American public literally eats up the new dessert sensation now known as the Stuff but, unfortunately, it takes over the brains of those who eat it, turning them into zombie-like creatures. It is up to ex-FBI agent David Rutherford and a kid named Jason to stop the spread of the mind-devouring dessert.