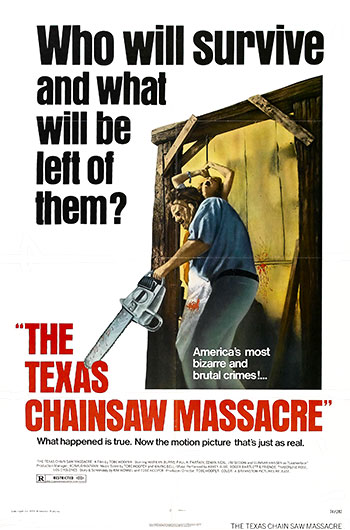 En route to visit their grandfather’s grave (which has apparently been ritualistically desecrated), five teenagers drive past a slaughterhouse, pick up (and quickly drop) a sinister hitch-hiker, eat some delicious home-cured meat at a roadside gas station, before ending up at the old family home… where they’re plunged into a never-ending nightmare as they meet a family of cannibals who more than make up in power tools what they lack in social skills…