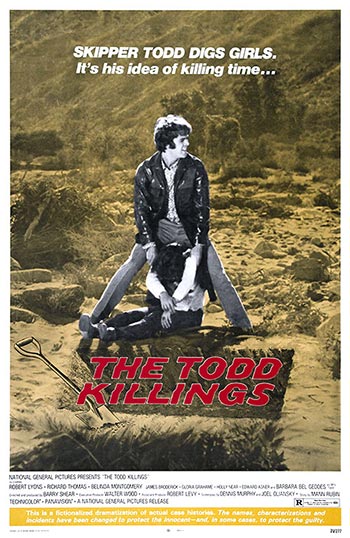 Based on the true story of ’60s thrill-killer Charles Schmid (“The Pied Piper of Tucson”), Skipper Todd (Robert F. Lyons) is a charismatic 23-year old who charms his way into the lives of high school kids in a small California town. Girls find him attractive and are only too willing to accompany him to a nearby desert area to be his “girl for the night.” Not all of them return, however. Featuring Richard Thomas as his loyal hanger-on and a colorful assortment of familiar actors in vivid character roles including Barbara Bel Geddes, Gloria Grahame, Edward Asner, Fay Spain, James Broderick and Michael Conrad.