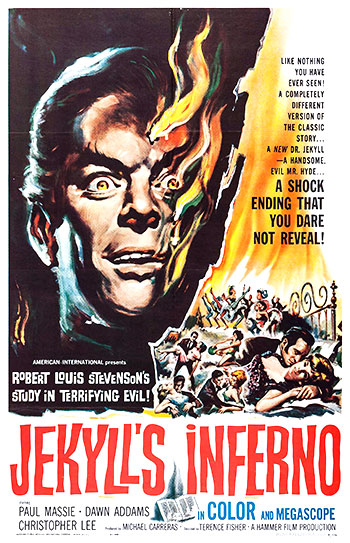 Dr. Henry Jekyll (Paul Massie) is working on a serum that brings out the animal instincts of man. After testing it on a monkey (who goes berserk), he turns to himself. As his alternate self, Edward Hyde, he stumbles upon his friend’s treachery and his wife’s sordid affair. Hyde, the animal that he is, is ready to go on his own little excursion into debauchery and hedonism.