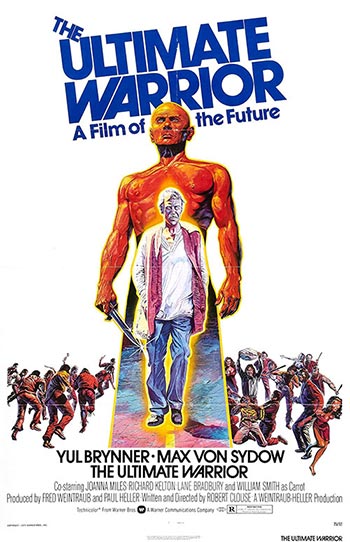 Only a few people still live in New York City in 2012. They are organized in gangs with their own turfs. One of them is led by Baron, another one by Carrot, and they are constantly at war with each other. Baron’s gang is more peaceful and have developed seeds that can germinate despite the virus plague. The lone ranger Carson is hired by Bishop for protection.

This is the movie that virtually set the template for all post-holocaust action films.