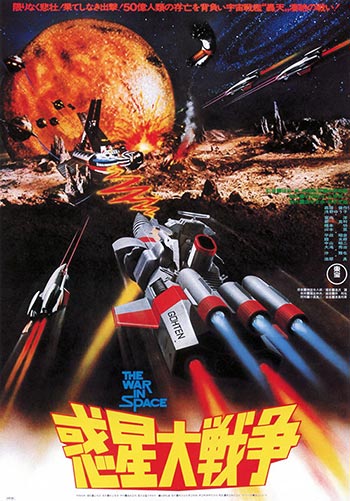 The year is 1988, Aliens from the Empire of Galaxies establish a base on Venus and launch a surprise attack on Earth. As the invaders spaceships quickly defeat the world’s armies and destroys New York, Moscow, Paris, and London. a United Nations Space Bureau team manages to finish construction of Earth’s last line of defense, the space battleship Gohten it launched on it’s inaugural mission to locate the alien’s base and destroy it. but even if they make it to Venus, they will still have to deal with the greatest threat of all…. Supreme Commander Hell and his powerful space galleon, the Daimakan.