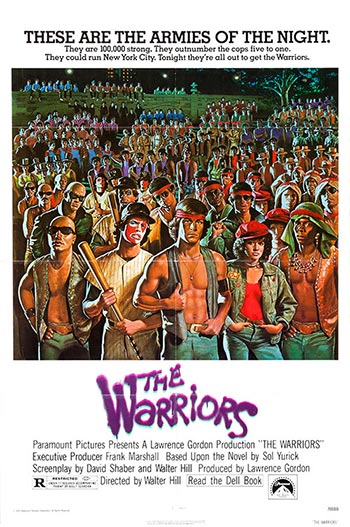 Attending a combined gangs meeting deep in the South Bronx to hear the Gramercy Riffs plans to control the streets of New York, the Warriors are wrongly accused of the shooting death of their charismatic leader, Cyrus. The finger of blame pointed their way, they flee via any means they can and upon their way back to home base encounter violent opposition from the Orphans, the Turnbull AC’s, the Baseball Furies and even rifts within their own ranks lead to trouble.