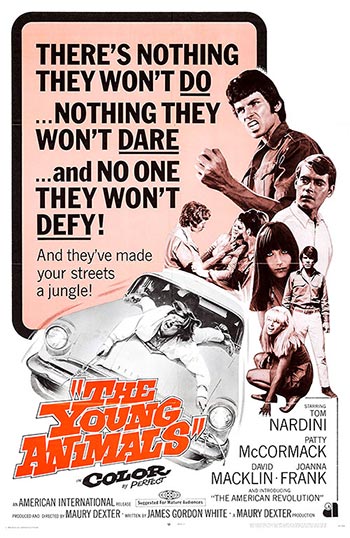 A Mexican-American student organization pushing for dismissal of a bigoted coach finds itself at war with the wealthy white students.

A small Arizona town is plagued by violence created from the tension between Anglo and Mexican-American youths. Tony (Tom Nardini) is the idealistic new kid in school who tries to alleviate long-time tensions between the rival factions. The Mexican gang is led by Paco (Zooey Hall), a hot-tempered youth with good reason to resent some of his Caucasian counterparts due to past prejudices. Bruce (David Macklin) is the leader of the white gang. Patty McCormack and Joanna Frank are the female interests who become victims of the gang struggles. Tony, formerly from San Diego, attempts to change the attitudes of the polarized and violent groups. Simms (Russ Bender) is a bigoted educator who fans the flames of hate, and Wilson (Arthur Peterson) is the school principal who is helpless to stop the violence between the two factions.