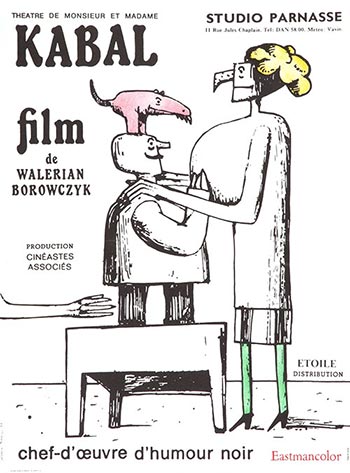 A dark and grotesque story of a married couple the wife, a mechanical monster made up of iron bits and her henpecked husband.

Mr. and Mrs. Kabal’s Theatre is Walerian Borowczyk’s first feature-length film and his last animated film. It consists of a sequence of loosely connected scenes, much like a vaudeville program, in which Mr. and Mrs. Kabal perform absurd, surreal, and sometimes cruel acts.