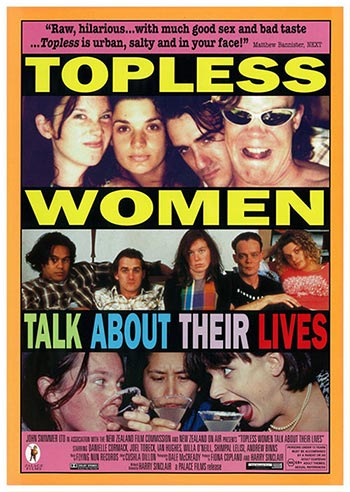 Liz has missed an appointment to have an abortion. She has to keep her child, and neither her boyfriend Geoff nor child’s father Neil are too happy about it. She can not decide which partner is better for her, and Neil makes a proposal to her when they attend the wedding of her best friend Prue and Mike. She probably prefers Geoff, but he is preoccupied with his girlfriend Bryony, who returned from abroad. Another friend, Ant, has written a script for documentary film, which is directed by a German and in which topless women, well, talk about their lives.

Topless Women Talk About Their Lives (1997)