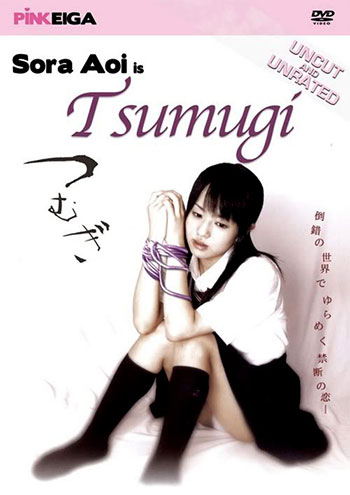 Tsumugi, a girl with a crush on her teacher, discovers that the teacher is having an affair with another teacher. Complications ensue after Tsumugi manages to attract her teacher, but then begins falling for a fellow student.Tsumugi was named fourth best pink film release for 2004 at the “Pink Academy Awards”, the Pink Grand Prix. AV idol Sora Aoi was also given a “Best New Actress” award at the ceremony for her performance in this film./p>