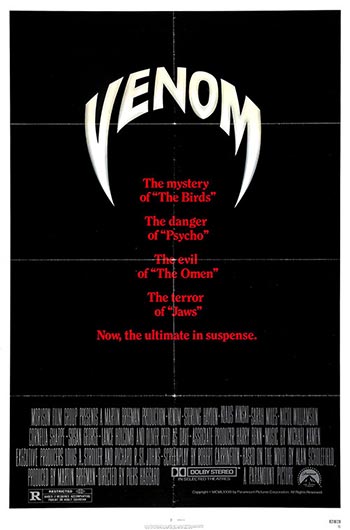 International terrorists attempt to kidnap a wealthy couples child. Their plan comes unstuck when, a deadly Black Mamba sent by mistake instead of a harmless snake, escapes, and the terrorists and several hostages are trapped in the boy’s London home. A tense evening is had by all as the snake creeps around the house picking off the various characters one by one.