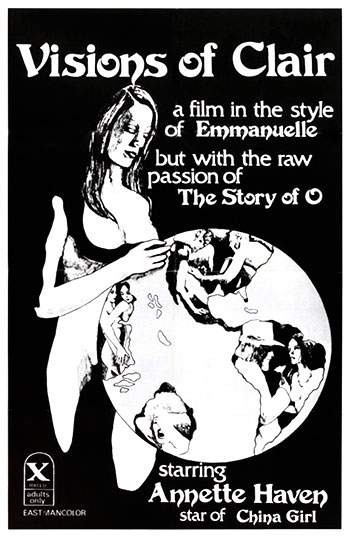 Clair has a powerful, almost supernatural attraction to those about her. Living alone in her stately mansion, she attracts the most fascinating men and women to her estate, where seemingly bound to her and her aberrant desires, they eagerly give themselves sexually to her and to each other. Is it her magnetic attraction due to her phenomenal beauty? The sexual aura that surrounds her? Or to a valuable yet mysterious necklace always around her neck? See how ordinary people become extraordinary sexual participants in her games of eroticism? to a climax that is blinding in its sexual intensity.