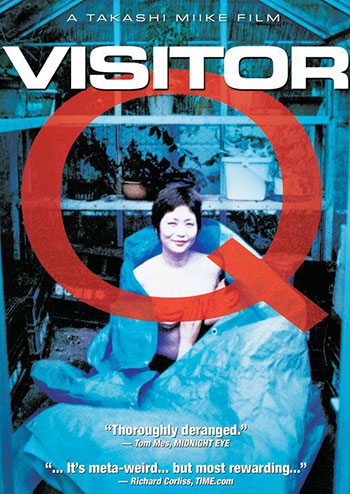 A father, who is a failed former television reporter tries to mount a documentary about violence and sex among youths. He proceeds to have sex with his daughter who is now a prostitute and films his son being humiliated and hit by classmates. “Q”, a perfect stranger somehow gets involved and enter the bizzare family who’s son beats his mom, who in turn is also a prostitute and a heroin addict…

More outrageous and deranged fare from Japanese director Miike Takashi, featuring everything from incest, sodomy and necrophilia to a lactating mother who breastfeeds her husband and adult daughter.