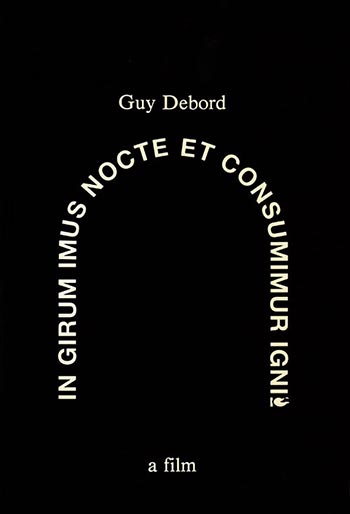 Taking its title from a Latin palindrome meaning “we go round and round in the night and are consumed by fire,” Debord’s 1978 film In girum imus nocte et consumimur igni appears to offer two discrete projects.

In its initial fifteen minutes, the film surveys spectacles of bourgeois society as so many incarnations of capitalism’s abstract time.

A second, longer section seems to claim a different order of temporality as it aligns images of water with Debord’s voiced narration of his own experiences among avant-gardist circles in Paris of the 1950s.

We Spin Around the Night Consumed by the Fire (1978)