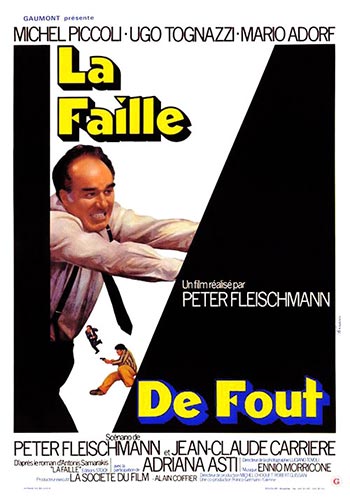 Based on a novel by Antonis Samarakis, Peter Fleischmann’s La faille also known as Weak Spot stars Ugo Tognazzi as Georgis, an innocent tourist manager who’s accused of being a member of the illegal resistance movement in Greece during the brutal era of the military government. Two secret agents (Michel Piccoli and Mario Adorf) are bringing the innocent victim to Athens. During their trip, their car breaks down, and they’re stopping in a small village. From now on, everybody is fighting against each other, and a psychological cat-and mouse-play is starting.