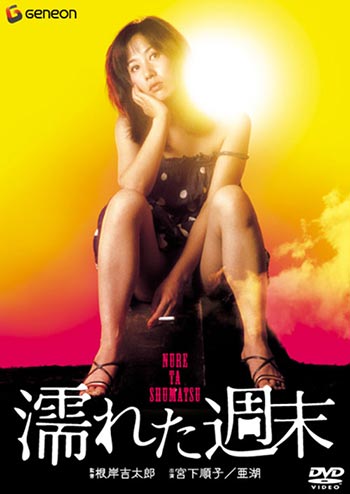 Shimako (Junko Miyashita) is a mistress of Junichiro. She’s also a housekeeper at his house. Junichiro is promising Shimako that he’ll get a divorce, and marry her, but he’s not taking any actions. Shimako learns that Junichiro’s wife is pregnant again despite his word that he’s not having sex with her. She goes to the apartment of the Osamu who tried to rob her at home, and asks him if she can live with him. She shacks in with him, but his girlfriend Tokiko (Ako) shows up. They come to an amicable solution that Tokiko will temporarily move to Shimako’s apartment. Not knowing that this has happened, Junichiro mistaking Tokiko as Shimako, tries to have sex with her. Shimako has offers to match make her with respectable man, but she still can’t forget Junichiro. Shimako, Osamu, and Tokiko comes up with a plan to kidnap Junichiro’s daughter.