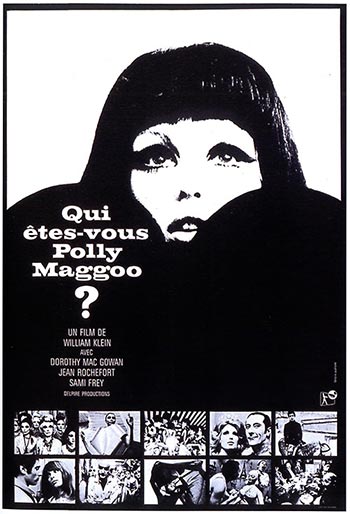 In this excoriating satire of the fashion industry, Polly Maggoo is a 20-year-old Brooklyn-born fashion model in Paris, on the runway at the big shows where magazine editor Ms. Maxwell is the reigning opinion maker. The ridiculous passes for sublime. Polly becomes the subject of an episode of a vapid TV news documentary series called “Qui êtes-vous?” and is pursued by the filmmaker and by the prince of Borodine, a small country in the Soviet bloc. We watch as the documentary is shot, we await Polly’s arrival in the principality, we observe a lunch in the suburbs, and we learn of her childhood. Is there more to Polly than her pretty face? Is anything below the surface?