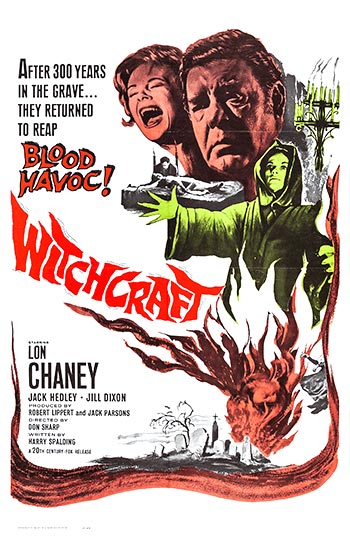 When her grave is disturbed by modern-day land developers, a 300-year-old witch is accidentally resurrected and terrorizes an English village.

Since the 17th Century when the Lanier’s buried a Whitlock woman alive as a witch and took over the Whitlock estate, the Whitlocks have hungered for revenge. Against the wishes of both families, Amy Whitlock and Bill Lanier are planning on getting married. The Laniers have sent bulldozers onto the old Whitlock Estate to level the land for a construction project. Morgan Whitlock and his daughter Amy make a futile effort to stop the bulldozers that overturn headstones and churn up graves in the Whitlock Cemetery. That night, an overturned coffin opens and Vanessa Whitlock, the witch buried centuries ago, rises from the grave.