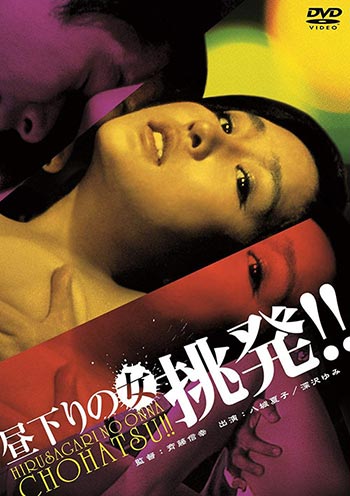 Natsuko Yashiro (aka Yujo Oribe) stars as Yuki, who picks up a gay hitchhiker after leaving her husband’s house following an argument. When the hitchhiker discovers his boyfriend having sex with a woman, he decides to keep traveling with Yuki. They reach a diner, which is filled with scummy Deliverance rejects who proceed to rape and torture them for most of the film.

Despite the considerable dark humor, this is hardly a light entertainment — at one point, a woman who has just had an abortion is brutally raped, then mercilessly beaten with sandbags — but manages to throw together just enough diverse and incongruous elements to appeal to cult audiences. Put simply, hardened genre film viewers are likely to hoot with amazement, while general audiences will be absolutely sickened. Yumi Fukazawa co-stars with Akiko Hyuga and Shinji Sekizawa.