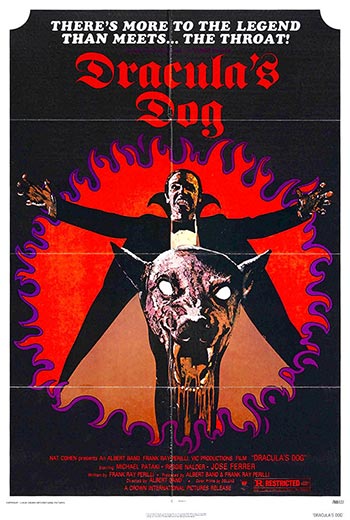 Russian soldiers accidentally unleash the servant of Dracula, as well as his dog, during excavations of Romania. Together, they set out for America, to find the last descendant of the great Count.

This film is great. Dog lovers should get a kick out of this movie. Seeing Zoltan lick his chops after biting both humans and fellow dogs is worth a chuckle or two. The Reinfeld-type character is probably the ugliest human being ever seen. Michael Pataki, seen in many more horror films such as “Grave of the Vampire” puts in another B-movie “performance.” Jose Ferrer is simply there to pick up a paycheck. The dog that plays Zoltan is the second best actor in the movie. Overall, if you don’t expect too much you won’t be let down. Definitely a gem in the “so bad it is good” genre. Check it out while downing a few beers. You might enjoy it.