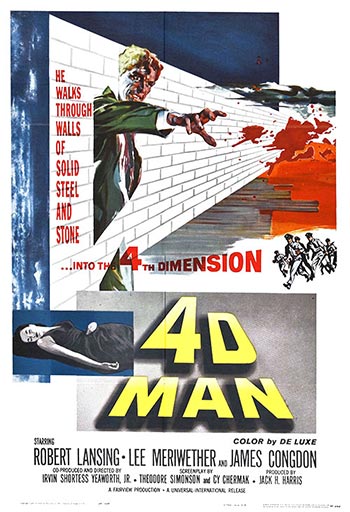 Two brothers, scientists Scott and Tony Nelson, develop an amplifier which enables a person to enter a 4th dimensional state, allowing him to pass through any object. Scott experiments on himself and discovers that each time he passes through something he ages rapidly. He begins killing people, sucking out their life energies and regaining his youth as a result. It falls to Tony and Scott’s girlfriend, Linda, to try to put a stop to his murderous rampage.