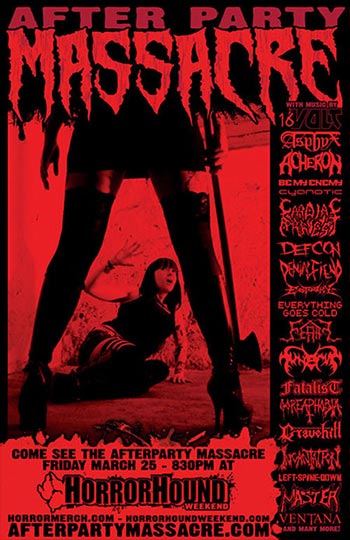 Scarlett is a fan who enters a live performance by two heavy metal bands called Incantation and Soulless. While she has a physical altercation with her former boyfriend, she has flashbacks of her past. Then she turns into a bloodthirsty killing machine who kills her attacker, and sets out to kill anyone in the audience, or even the band members.

As far as micro budget trash horror goes, this is a relatively unknown film, but fans of death metal, cheap gore, and lesbians making out will have plenty to have fun with here.