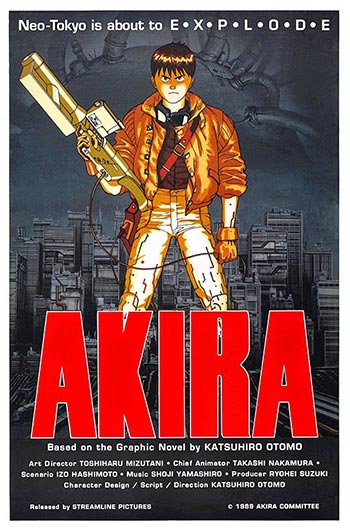 Kaneda is a bike gang leader whose close friend Tetsuo gets involved in a government secret project known as Akira. On his way to save Tetsuo, Kaneda runs into a group of anti-government activists, greedy politicians, irresponsible scientists and a powerful military leader. The confrontation sparks off Tetsuo’s supernatural power leading to bloody death, a coup attempt and the final battle in Tokyo Olympiad where Akira’s secrets were buried 30 years ago.