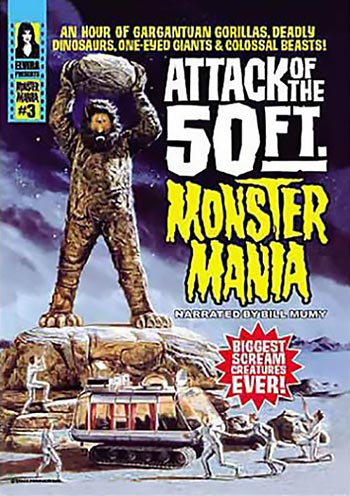 Hosted by everyone’s favorite vamp, Elvira, this program is a lighthearted look back at the monster movies of the ’50s. All the monsters that scared your parents make appearances here including Godzilla and King Kong. Also included are many interviews with the men behind the monsters including special effects wizards and directors. A special look at the monsters of Japan and Great Britain are included as well.