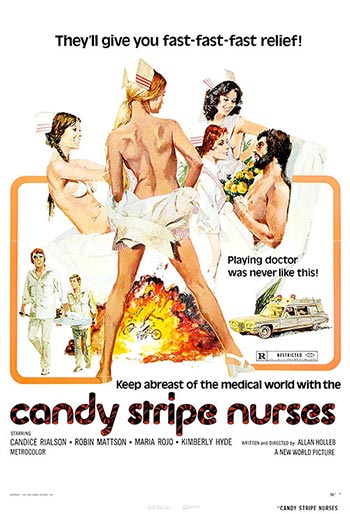 A comedy following the exploits of three volunteer nurses, or ‘candy stripers’. Marisa, who has been ordered to do volunteer work as a punishment for assaulting her teacher, falls for a young man who has been accused of knocking over a gas station, and does some investigating to try and clear his name. Sandy, on the other hand, has taken the job in order to be with her doctor boyfriend, but also takes up with a few of her handsomer patients as well before transferring to a sex clinic. Dianne, meanwhile, falls for a basketball player, whom she tries to talk into giving up drugs for good.