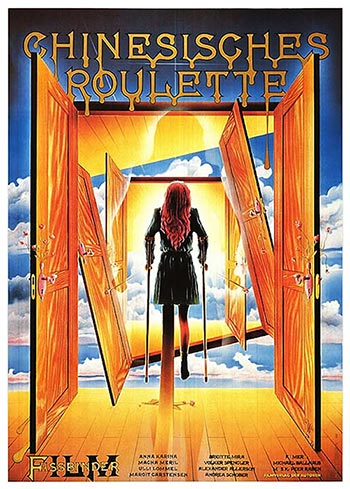 A wealthy couple, with a daughter Angela, a young teen who walks with crutches, tells each other they are off for the weekend on business (he to Oslo, she to Milan). Actually, both are meeting their lovers, and both go to the family’s county home, Traunitz castle. Surprising each other, there’s sophisticated laughter; they decide to continue as planned. Dinner, however, is interrupted by the arrival of Angela and her mute attendant, also named Traunitz. The next day, the child initiates a game of “Chinese roulette,” in which one team tries to guess which of them the other team is thinking of by asking questions. The game has an edge of cruelty and the results are explosive.